Skip to content
You are here
Marci Oberst sat down at her computer Tuesday and embarked on what’s become a daily ritual – trying to log onto the Maryland Department of Labor’s website so she can extend her unemployment insurance. At 9:30 AM, she was number 88,000 in line, according to the state’s labor website.  “You call the Department of Labor (and) it’s either busy or gives you a recording and just hangs up on you,” says Oberst who is trying to apply for the extra 13 weeks of benefits that are part of the $2.2 trillion federal emergency stimulus package. “There’s no way to get help, to get through the system.” It’s a common complaint.
State unemployment systems have been crushed under the weight of a record-breaking 30 million Americans who filed claims in six weeks as businesses crippled by the coronavirus pandemic laid off and furloughed workers. Thursday’s new claims report added 3.8 million to the tally. 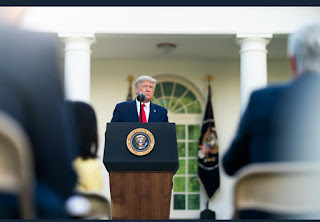 But the federal relief act that has made unemployment assistance available to people who previously wouldn’t have been eligible has made a stressful process even more complicated.
A worker who may have had two jobs, but lost one, or who was laid off shortly after being hired, are among the many who have questions about whether they qualify for aid. They struggle to find a state employee to answer their questions. And some state workers appear to be confused, applicants say, giving conflicting answers as they try to get up to speed on a raft of new rules.
“It’s a whole extra layer of complexity that state unemployment insurance agents ordinarily would not face,” says Gary Burtless, senior fellow in economic studies at the Brookings Institution. “The humanitarian and practical reason for what Congress did is understandable, but it puts a system already under tremendous pressure just dealing with standard unemployment insurance benefits under even greater pressure.”

No job and nobody to talk to

The Economic Policy Institute found that for every 10 people who said they successfully filed a jobless claim in the previous four weeks, three to four more attempted to apply but couldn’t get through the system to file a claim. Meanwhile, another two people didn’t even bother to try because it seemed too hard.  Overall, the Institute estimates that roughly 8.9 to 13.9 million more Americans could have applied for benefits so far had the process been less cumbersome.
Not only did it take time for guidance from the U.S. Department of Labor to trickle down to state unemployment insurance offices, but state employees have also had to figure out how to process the claims, says Elise Gould, senior economist at the Economic Policy Institute. That’s on top of handling the “sheer magnitude of … of people filing claims,” she says, adding that it’s even taking time for some online applications to be updated so their questions address the wider array of situations workers are facing.