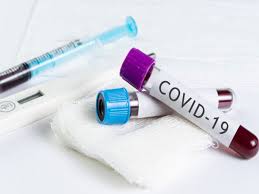 Osun State Government on Saturday announced the death of another COVID-19 patient, taking the number of death linked to the disease to three in the last week.

Also, three health workers that had initially tested positive to the disease in the state have fully recovered.The State’s Commissioner for Health, Dr. Rafiu Isamotu, in a statement, said the deceased in her late 60s died at the isolation centre in General Hospital, Asubiaro, Osogbo.
Isamotu also said COVID-19 index case in the state had been discharged after spending thirty-eight days in isolation.
He explained that the case had arrived in Osun State from the United Kingdom before being taken into the Isolation Centre, and subsequently to the care facility, where he received medical care for 38 days.
He was said to have tested negative twice for the virus.
He recalled that the health workers had last Wednesday, tested negative for COVID-19 but had to be subjected to a second round of tests, in line with the protocol of the Nigeria Centre for Disease Control, NCDC.
According to him, the State government received results of the index case and those of the health workers on Friday evening from the NCDC accredited Testing Centre, the African Centre of  Excellence in Genomics of Infectious Diseases, Ede.
“With the development, the total number of active cases in the State is now eight.
“On a sad note, we lost a COVID-19 patient in her late 60s at our isolation centre in Osogbo. We pray God to grant her eternal rest and give her family the fortitude to bear the loss,” he said.Isamotu urged frontline health workers to always use their Personal Protective Equipment, when discharging their duties and maintained that only accredited isolation and treatment centres in the State are allowed to attend to suspected COVID-19 patients.