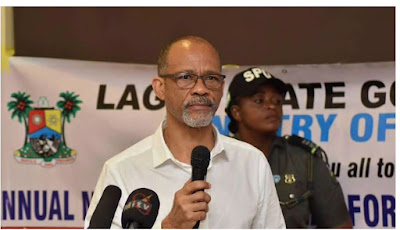 Lagos ministry of health said another Covid-19 death has been recorded in the state – According to the ministry, this brings the total number of casualties in the state to nineteen (19) – The announcement was made barely 24 hours after NCDC confirmed 114 new cases with Lagos having whopping 80 cases of it Lagos state has announced another casualty from coronavirus (Covid-19) as the total death toll from the state peaked to nineteen (19).

The state ministry of health made the announcement in a series of tweets on Saturday, April 25, barely 24 hours after Nigeria Centre for Disease Control (NCDC) announced 114 new cases, with Lagos having whopping 80 cases.

Two cases each were recorded in Zamfara and Edo, while Ogun, Oyo, Kaduna and Sokoto have one case each. With these new infections, Nigeria’s total cases now stand at 1,095, out of which 208 cases have been discharged while 32 deaths have been recorded. Total confirmed Covid-19 cases in Lagos stand on 670, while 19 deaths have been recorded. Five previously confirmed cases in Lagos have however been transferred to Ogun State with total transferred cases now 13. Two patients have been evacuated, with active coronavirus cases in the state standing on 519 figure.