President Muhammadu Buhari has expressed sadness over the death of a community leader and philanthropist, Mrs. Gertrude Amokeye Jedy- Agba The president in a condolence message, issued by his spokesman, Garba Shehu, said he was saddened to hear about the death.
F. 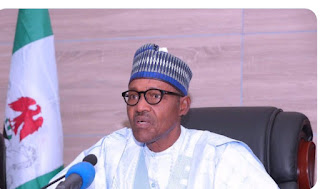 “She was a phenomenal personality who did exceptional work as a caregiver,” the Nigerian leader noted.
“On behalf of my family and the nation, I console Minister Jedy-Agba, husband of the deceased, the Paramount Ruler of Obudu, Cross River State, HRH Uti Joseph Davies Agba, Uti Itedem III, of Ukpirinyi, Utugwang, and the government and people of Cross River State over this irreparable loss,” he added.
Similarly, Buhari sympathised with the Minister of Education, Adamu Adamu over the transition of his mother, Hajiya Fatima Mohammed Adamu Gamawa.
“I am sad to know about the demise of Hajiya Fatima. My condolences to the family, government and people of Bauchi State. May her soul rest in peace”, the president prayed.
Adamu’s late 106-year-old-mother descended from the family of Wakilin Makaman Katagum, and was married to the late Katukan Katagum, Adamu’s father.