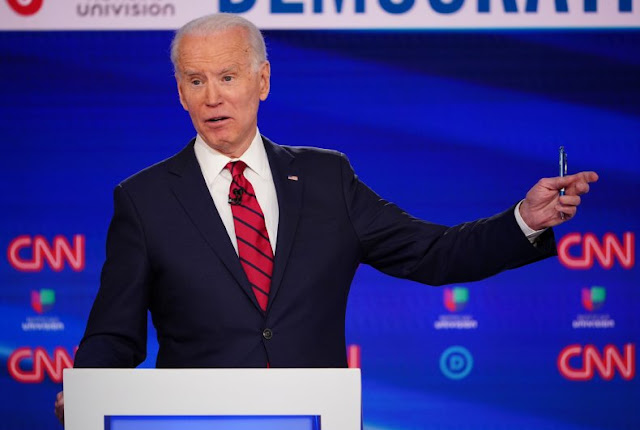 The politician called for the investigation of the statement of his former assistant and pointed out inconsistencies in her story.

US presidential candidate Joe Biden for the first time publicly commented on allegations of sexual violence against his assistant Tara Reid, saying that this never happened. This is stated in a statement issued on Friday, May 1, by the politician.
Biden also called for an investigation into the validity of the allegations.
“This is not true. This has never happened,” said the former vice president. He called for Reid to be treated “with dignity and respect” because, in general, women who had been subjected to violence “should be listened to, not shut their mouths”.

He recommended that the American media pay attention to “the growing number of inconsistencies in her story, in which there are always minor or major changes.”


“She says she raised this issue, even then contacting her immediate boss and a senior employee of my office. Both of these people — a man and a woman — unequivocally stated that she never addressed them with a complaint of this kind,” Biden explained Focusing on the fact that journalists still could not find any of his former employees who would confirm Reid’s allegations.

Former Biden’s assistant, Tara Reid, accused him of sexual assault and filed a complaint with the police. Reid claims that in 1993, Biden, who at that time was a senator, touched her in one of the corridors of the Congress building without her permission. In March, Reed told reporters that she was sexually assaulted by Biden.